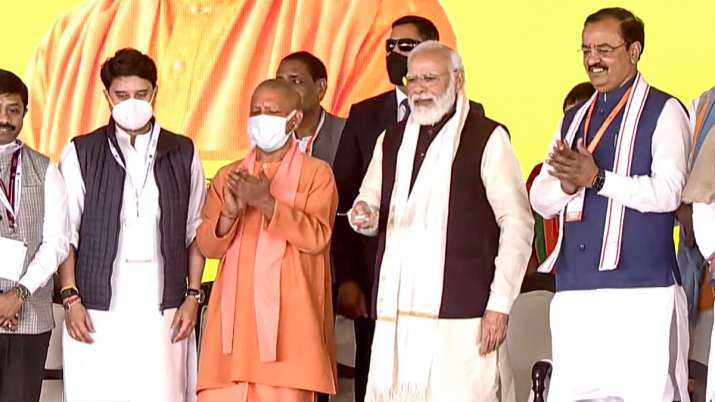 Prime Minister Narendra Modi on Thursday laid the foundation stone for the Noida International Airport at Jewar in Uttar Pradesh. It will be one of the largest aerodromes in Asia. The airport, the second international aerodrome in Delhi-National Capital Region, is expected to be operational by September 2024 with an initial capacity to handle 1.2 crore passengers per annum. The airport, spread over 1,330 acres of land, will be developed by Zurich Airport International AG. On Wednesday, Civil Aviation Minister Jyotiraditya Scindia said the Noida International Airport will become one of the largest airports in Asia. It will be the fourth largest international airport in the world and the project would create more than one lakh job opportunities, according to the Uttar Pradesh government. The first phase of the aerodrome is being done at a cost of more than Rs 10,050 crore, and the ground work regarding land acquisition and rehabilitation of the affected families has been completed, an official release said on Tuesday. The airport at Jewar will help decongest the Indira Gandhi International (IGI) airport in the national capital. It is strategically located and will serve the people of cities including Delhi, Noida, Ghaziabad, Aligarh, Agra, Faridabad and neighbouring areas, the release said. The airport will also be the country’s “first net zero emissions airport”.