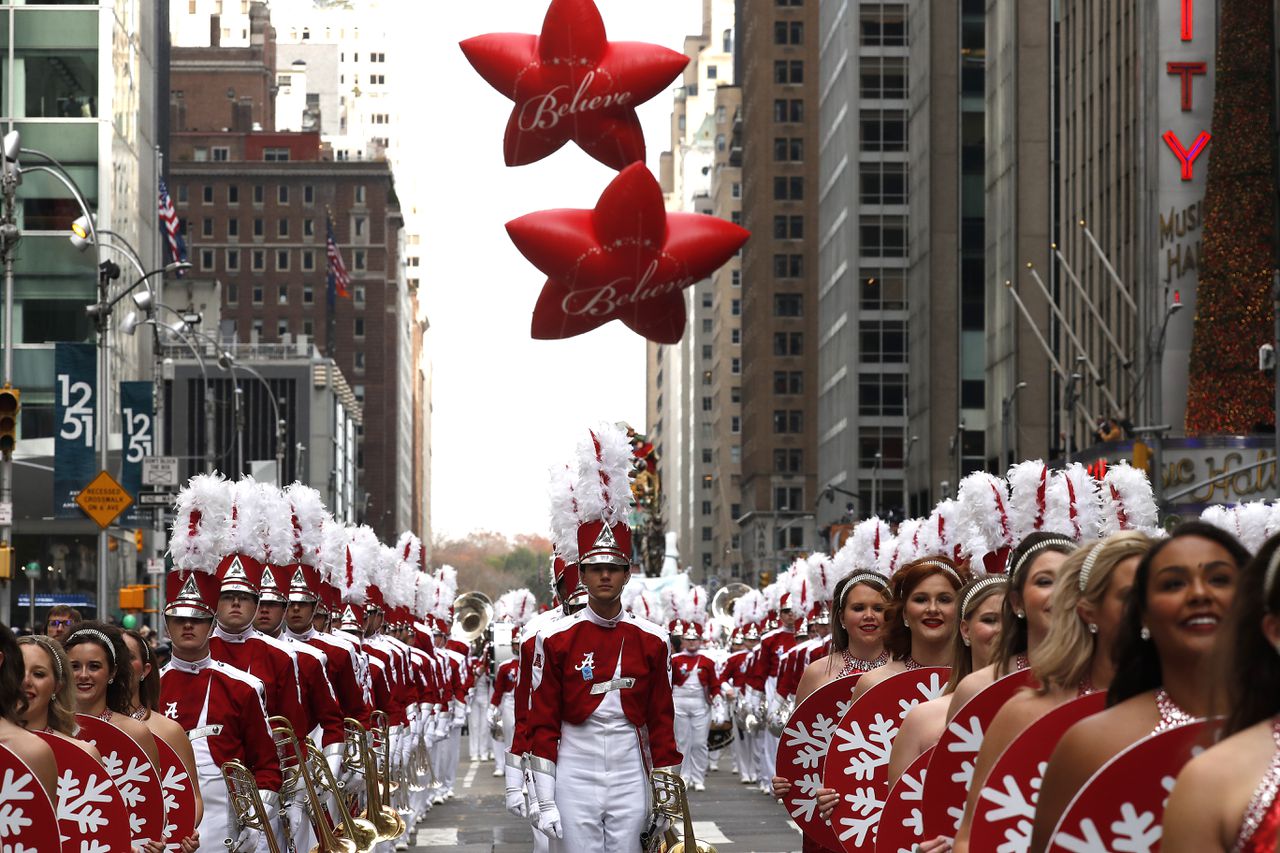 The University of Alabama’s Million Dollar Band made its first appearance in the Macy’s Thanksgiving Day Parade in New York City.

The band was scheduled to play “Santa Claus is Coming to Town” and escort Santa in his parade-ending float, The Tuscaloosa News reported.

The morning parade aired on NBC and its streaming service Peacock.

The Million Dollar Band was one of just two collegiate bands chosen. It was the first Macy’s parade appearance for the band, which was founded in 1912.

Parade organizers selected UA from more than 100 applicants, based on sound and appearance, along with biographies and recommendation letters, the Tuscaloosa newspaper reported.

Drill work for the parade began about six weeks ago, with the Macy’s performance grid marked out on Butler Field in Tuscaloosa. The practice space is named for the Million Dollar Band’s 1935 to 1968 director, Col. Carleton K. Butler.

“The software we use to write our drills, the movement we do, there’s a plug-in for Macy’s,” said Kenneth Ozzello, director of the Million Dollar Band since 2002. “The road is there with a grid on it; you can see the store behind it. That made it easy to adapt from a football field to Manhattan.”

The parade ended near Seventh Avenue, “so it’s wider than most, but still, to get 400 people into that spot is challenging,” Ozzello added. “But we’ve had plenty of time.”